Thanks to the commitment of the Monika Girls High School, the European Award winners! Pupils take the Europe Prize, including two wheelchair users. The students of the vocational school of the Heinrich-Haus gGmbh in Neuwied (BBS) have been supporting the Monika Girls High School since 2011. bezev supports them in their fundraising activities, for example with the touring exhibition 'Development is there for everyone'.

The state of Rhineland-Palatinate has now awarded BBS the European Prize 2015. "The students of the Heinrich Haus School show that they actively support the special needs of people with disabilities and do not want to be reduced to a role as a recipient of support," said State Secretary Heike Heike Raab at the presentation of the Price in the amount of 1,500 Euros in Mainz. The students want to donate the prize money to the Monika Girls High School

bezev congratulates the BBS on the award and thanks all that are involved for their commitment!

Press Release of the State of Rhineland-Palatinate

Students Are among the Best

In the last year we have started, to teach children with disabilities. This year they have taken the general year end exam for the first time and have belonged to the best students!

As a next step towards inclusive education we would like to achieve, that the class can move into the rooms of a nearby regular school.

In June 2014, Monika Schneid visited the project and reported about these successes and challenges.

„Initial successes can be observed in our little pilot/ experimental project from the past year, which is the education of hearing-impaired children. Two of the three students have taken their year end exam of the second grade at public Girls´ School in spring. The three have received the highest scores and have thus performed even better than the other students! The teacher Nabila, who is deaf herself, is incredibly proud of this result, just like the three students. We hope that this result can be replicated elsewhere. Together with some teachers we therefore try to achieve that the small class can move to the new rooms in the nearby school after the summer holidays. Until now the classes take place just outside the school paths in a private room in the Farfui village. Some months ago, teacher Nabila has provided their students with school uniforms. It is very important to her and her students, that the small class is perceived as a school.
Our work to educate disadvantaged children in three more villages has not been successful yet. It has been difficult to find suitable teachers for the long run, which is a very big challenge in such a small valley like Bagrot. Even the support of the community and the parents has been rather small. Hence, the positive example of the Farfui village can lead to a change in perception here.
Our contact persons in Bagrot make a great effort for more publicity for the needs and affairs of disadvantaged children. With respect to the small group of hearing-impaired people, this has been already achieved.” 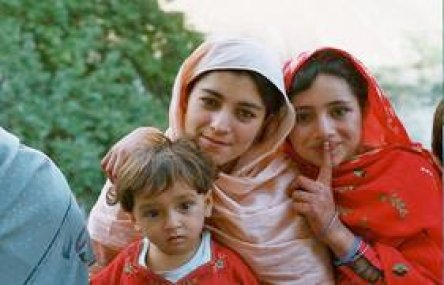 About 9,000 people live in the high mountain valley 'Bagrot' on the edge of the Himalayas in northern Pakistan. Their main sources of income are agriculture and animal farming. The infrastructure is severely underdeveloped due to the poorly accessible location. The valley has only had intermittent electricity supply since 2007.

The Vocational School in Neuwied 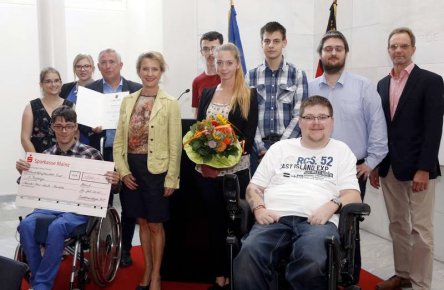 The Heinrich-Haus gGmbh Vocational School in Neuwied is a vocational school for young people with disabilities. The students support the Monika Girls High School, e.g. by collecting donations at school parties and cake sales or by informing about the school and the country of Pakistan with their own exhibitions. 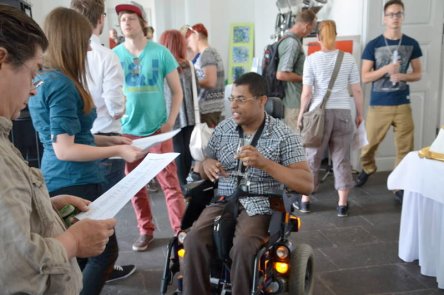 With an extraordinary final project, students of the curative education course at the Alice Salomon School in Linz collected more than 1,600 € for the Monika Girls High School.